You can’t think of the British Royal Family without thinking of the breathtaking crown jewels. Passed down from generation to generation, it’s not unusual for one gemstone to be switched out for another. The family believes that these are meant to be worn, not stored on a shelf collecting dust. Some are seen in public more often than others and for different reasons, they are all tied to the family and will continue to be passed down. Here are just a few of the most notable items and the stories behind them:

This is the ring that captivated the world in the early 1980s. It wasn’t just the ring that enchanted us, but a young Diana Spencer who accepted the proposal to become a Princess. The ring made a second showing on the world stage in 2010 when Prince William would propose to Kate Middleton, continuing the family tradition. It’s also unique in the choice of gem. Instead of a “traditional” diamond, this ring has a 12-carat oval blue sapphire, cut into facets, and surrounded by fourteen solitaire diamonds. The setting is made from 18-karat white gold and single-handedly kicked off a trend of choosing non-traditional gemstones in engagement rings. 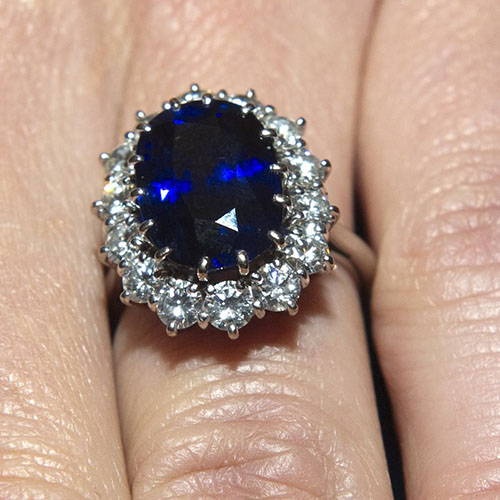 This was the headpiece worn by Queen Elizabeth purchased by her husband King George VI in 1936. It’s made of platinum and has 739 brilliant-cut diamonds and 149 baton diamonds. The name is simply a combination of the maker, Cartier, and its shape, halo. 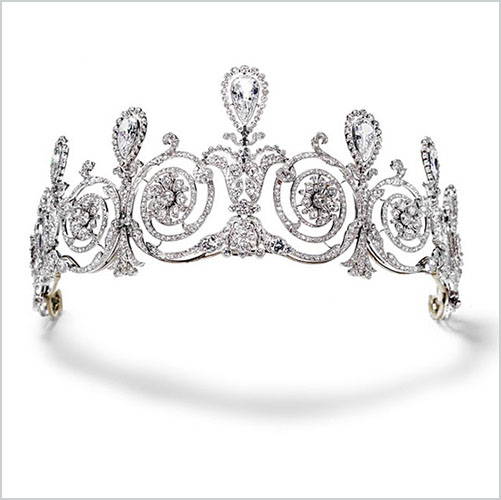 Queen Mary was the first to own this piece and is now the possession of Queen Elizabeth II. Like Princess Diana’s engagement ring, the Diamond Bandeau made a recent appearance at another royal wedding; this time the marriage of Prince Harry to Meghan Markle. At the center of the tiara is a brooch Queen Mary received as a wedding present in 1893. Forty years later, the headpiece was designed with the specific direction to highlight the brooch. The Diamond Bandeau consists of an 11-section flexible band holding both pave and brilliant diamonds. 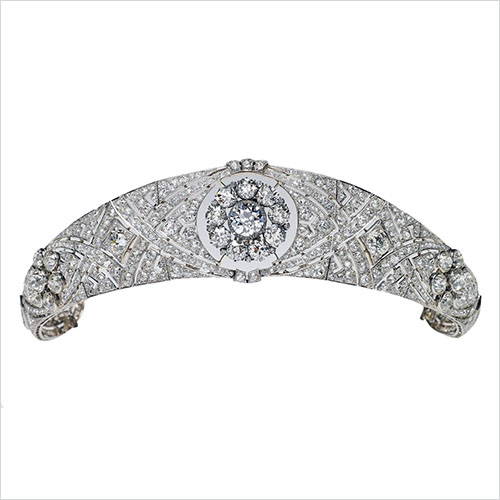 Unlike other pieces, this set is unusual for the Queen because it’s set in gold. The emeralds once belonged to Queen Mary’s grandmother, the Duchess of Cambridge, and were made into jewelry at the request of Queen Mary for the Delhi Durbar. 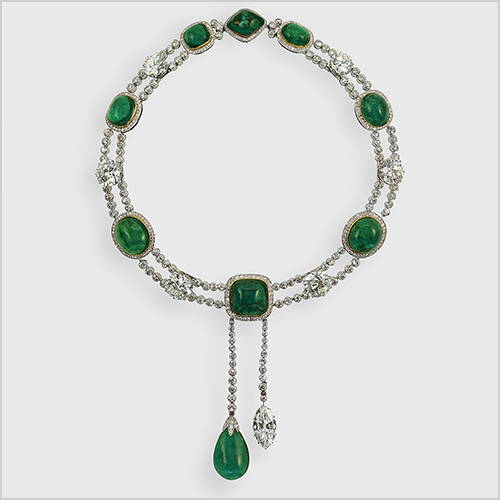 This is the crown worn by the Queen on January 1, 1967, along with the diamond necklace worn at her coronation. The crown is made of gold, silver, and platinum and contains 2,868 diamonds, 17 sapphires, 11 emeralds, 269 pearls, and four rubies. The largest gem in the crown is the Cullinan II diamond, which weighs an amazing 317 carats. The diamond is sometimes referred to as the Second Star of Africa. 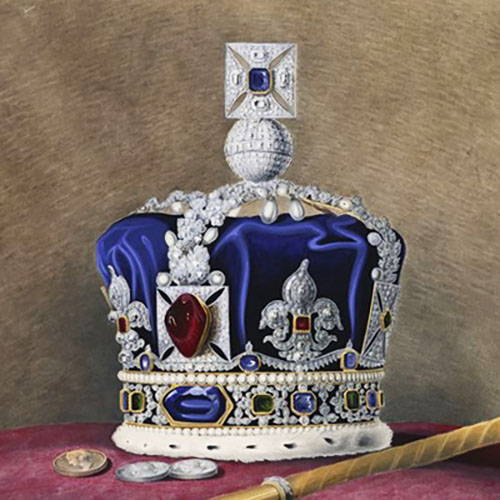