Peridot, a vibrant lime-green gemstone has long been associated with light, making it just the right gem to match Spring hues and to celebrate the start of long sunny days. Follow along to learn all about this precious gem and to see just how versatile and desirable peridot can be. 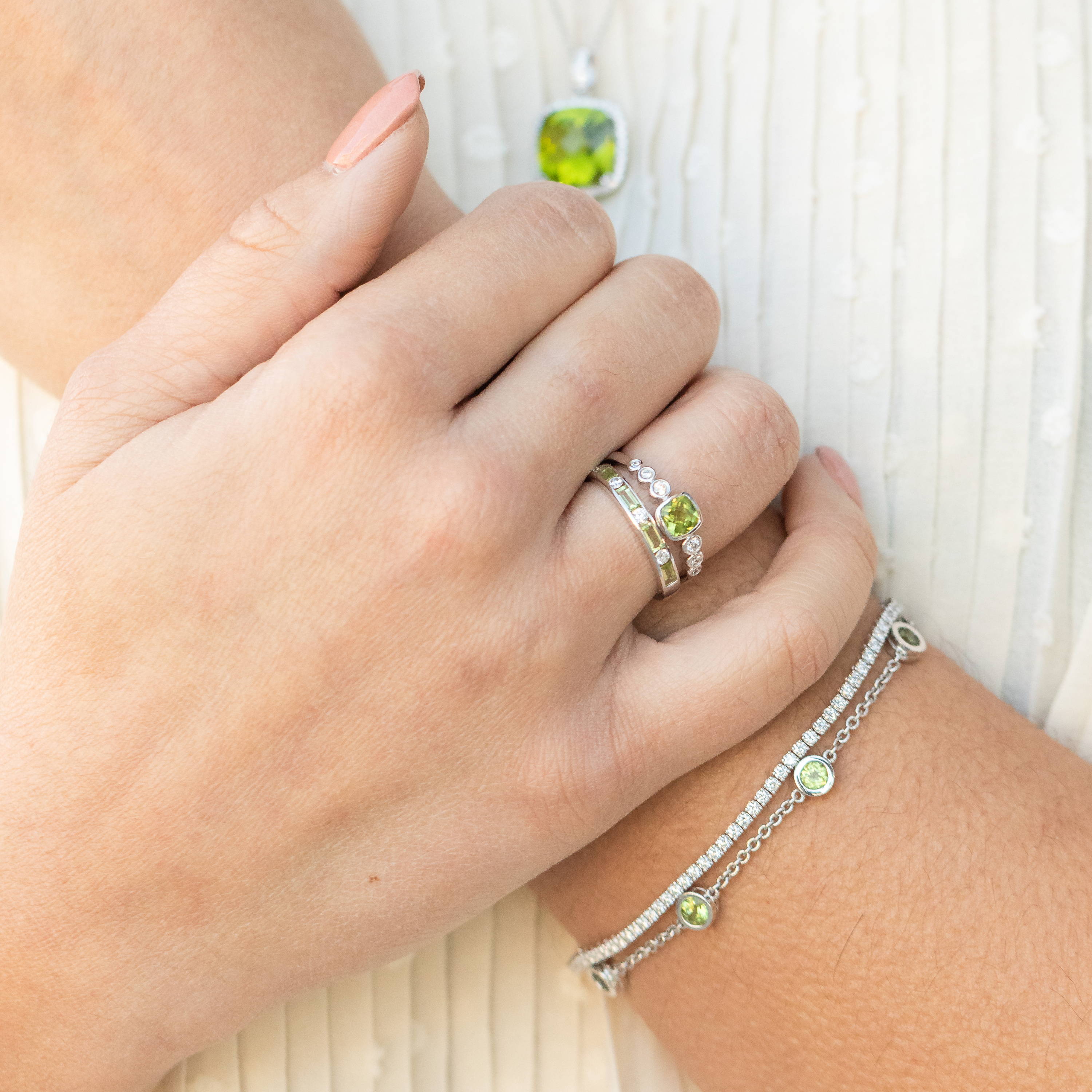 Peridot stems from the mineral olivine, which encompasses iron that is rarely encountered in other gemstones, creating its high-intensity yellow-green hues. The more iron that is found in the gem, the greener it will be. What separates this stones color from the rest is that its color is derived from the mineral itself, rather than from impurities in the gem. This is why peridot will only be found in shades of green, whereas other gemstones such as sapphire can be found in many different colors. This gem is formed deep below the Earth's surface and has been brought up through volcanic eruptions and shifting tectonic plates often found in volcanic rocks called basalts. Peridot has also been found in meteorites from outer space on a few rare occasions. 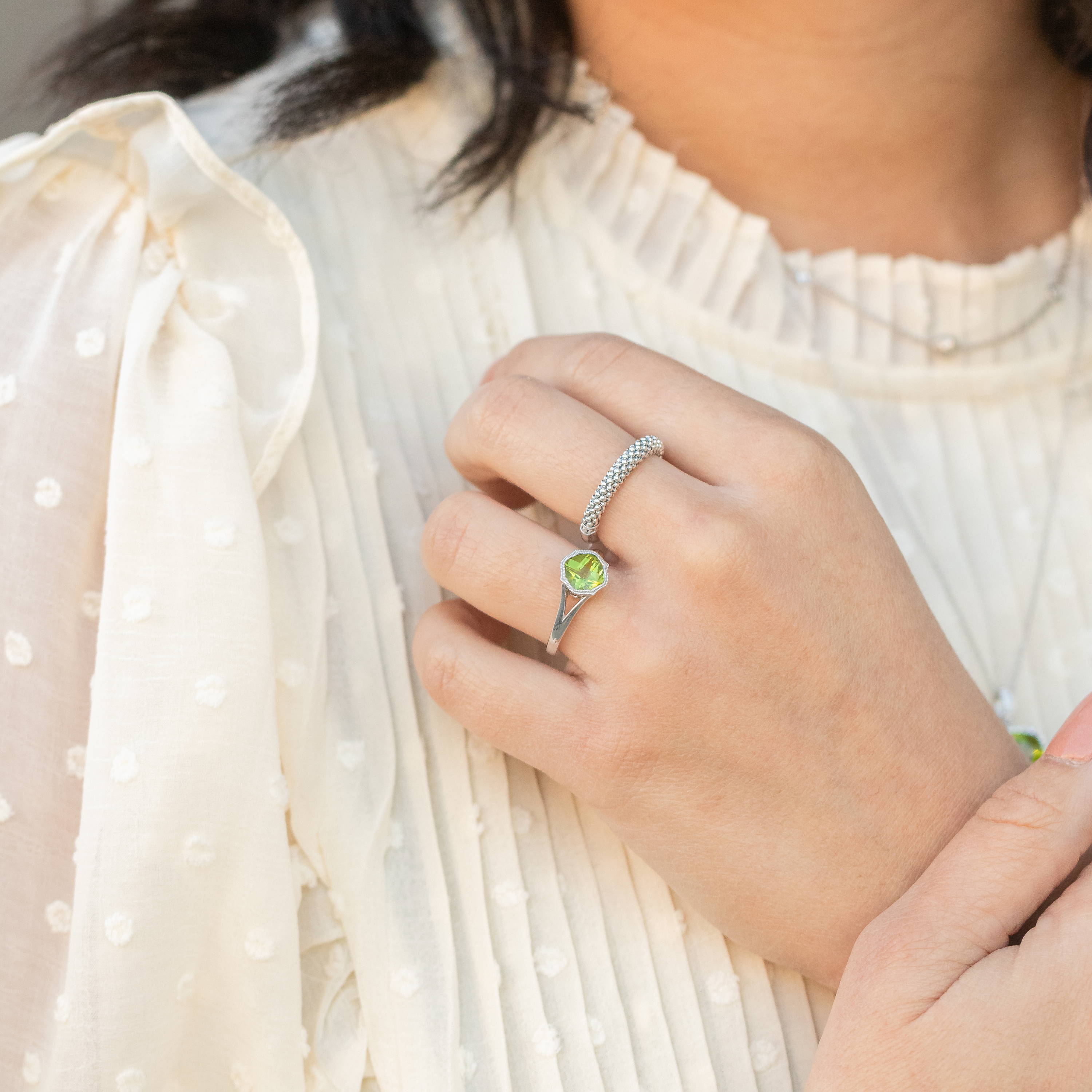 Ancient Egyptians gave this precious stone the title "Gem of the Sun", as its bright has color never dimmed or dulled down. It is believed they mined the gem in a snake infested island in the Red Sea. It is even believed by historians that Cleopatra's famed collection of emeralds were in fact peridots. Today, the world's finest peridots are sourced from Burma and Pakistan. They can also be found in Vietnam, China, and the United States. 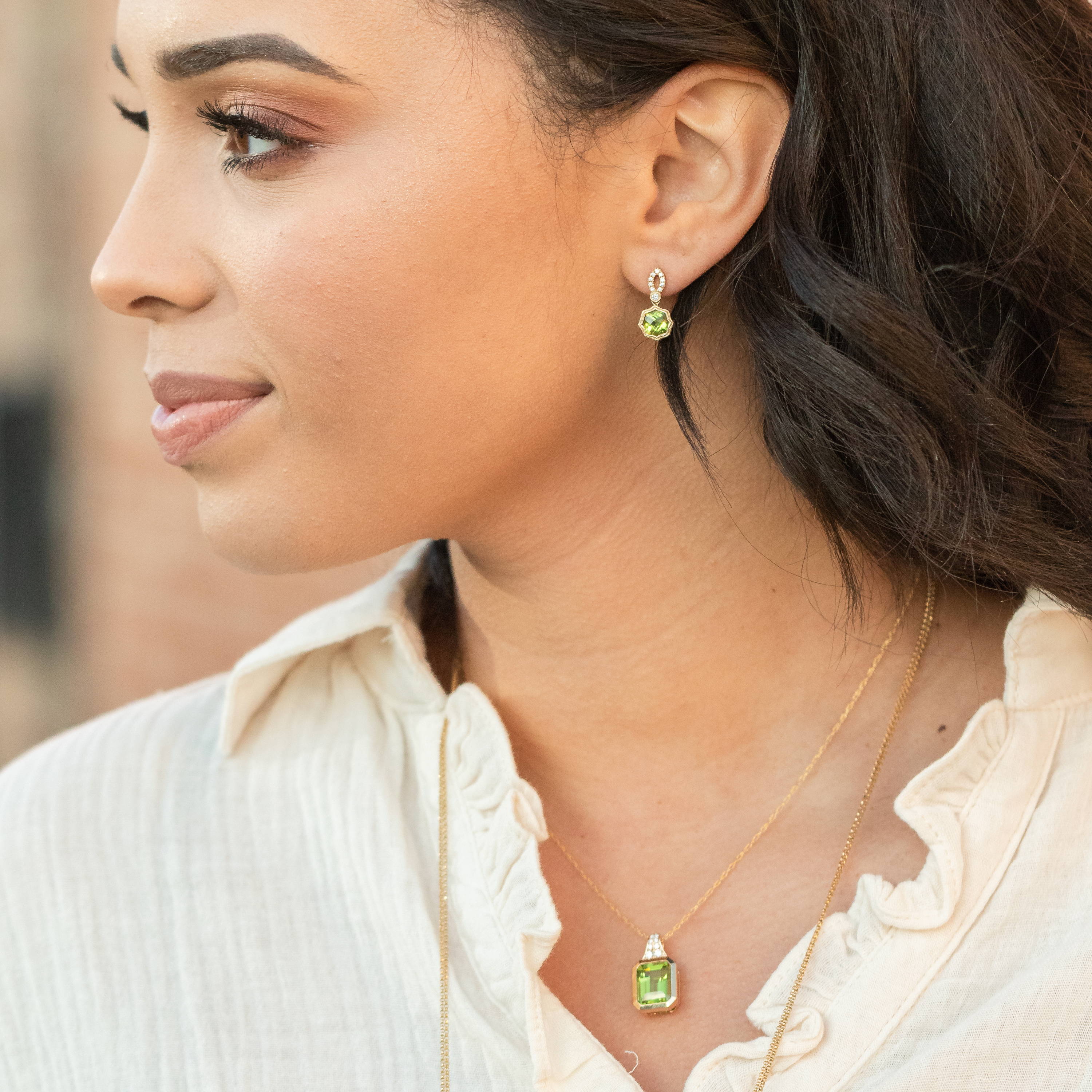 Lucky for you, peridot is widely available in the jewelry market and this remarkable gem can be found in every price range. When shopping for peridot jewelry, we suggest looking for true green shades that are saturated with color. Think of the color of fresh grass or a granny smith apple. If you're looking for a piece with an extra pop, we suggest pairing peridot with diamonds. Glistening diamonds help reflect more light into the peridot stone, making it even brighter. 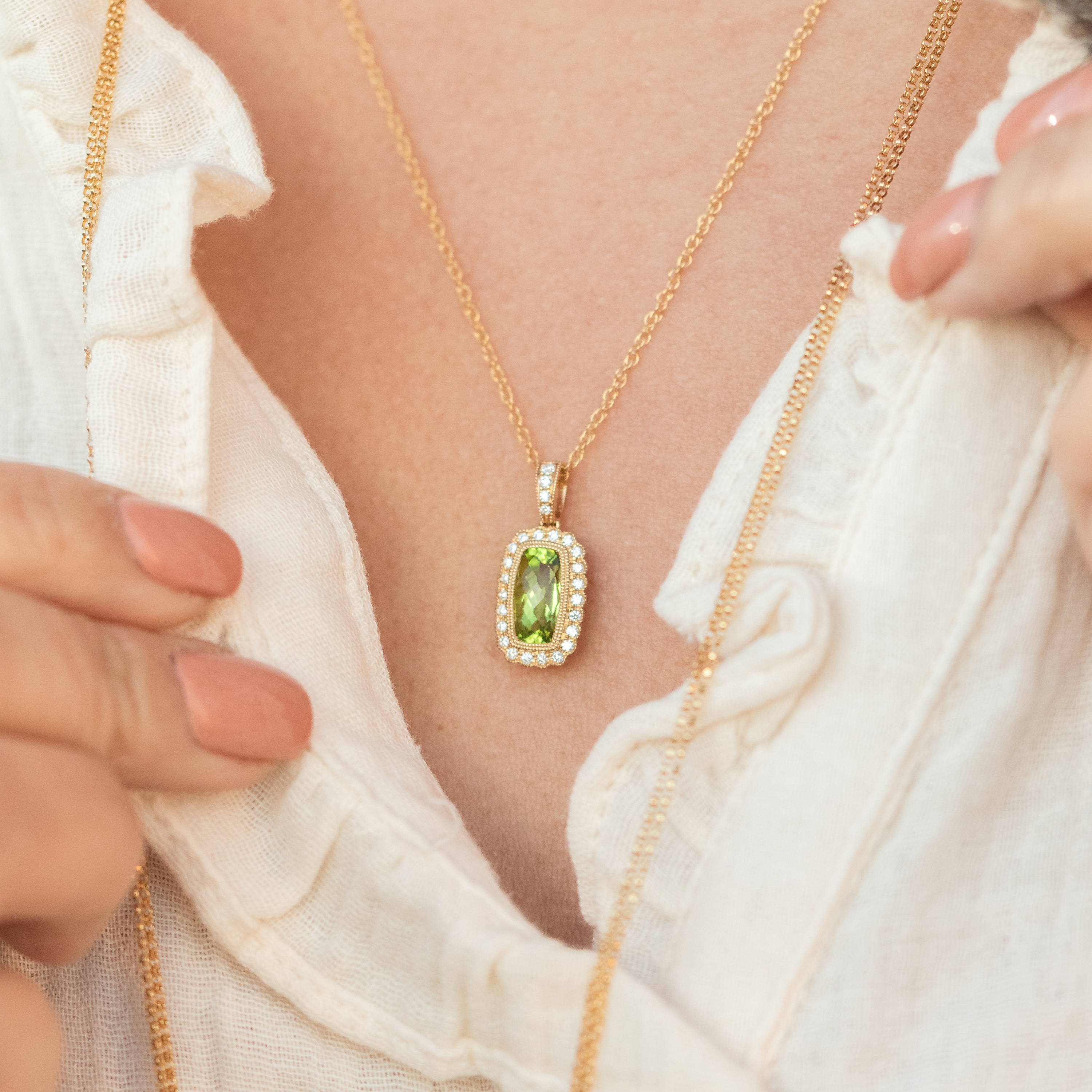