In an era of fast fashion, it can be nearly impossible to find the perfect piece of jewelry to match your favorite wardrobe staples. Fortunately, vintage jewelry offers a unique solution. From feminine, baroque details of the Victorian era to eye catching, glamorous statements of the Retro era, estate jewelry encompasses a wide variety of designs and price points. Not to mention, an elevated value over purchasing a similar piece brand new.

For those interested in one-off styles and old world materials – and a great deal – buying jewelry second hand can be quite the advantageous journey.

The term “estate jewelry” roughly means that it has been previously owned by another person, not necessarily that is has come from a person’s estate – although sometimes it does.

Estate jewelry seamlessly combines sophisticated design with exquisite workmanship and superb gemstones at a more obtainable price point than new pieces. And as an added benefit – it’s often the only one of its kind which is why a good piece is always in demand whether your buying or selling. Rather than a piece you see over and over on others, estate jewelry is as special and individual as its wearer.

What Eras Does Estate Jewelry Most Commonly Come From?

Whether the piece belonged to an famous heiress, a movie star or a relative, there is a story and a history to estate jewelry that brand new items just do not have. Collectors of vintage pieces find that they are both wearable and serve as keepsakes from bygone years. In fact, most customers seek to discover pieces from all of the most popular design eras in order to round out their jewelry boxes.

Here’s a rundown of all the design eras our customers ask us for most:

The Georgian period was named for the German royal dynasty that ruled over the King of Hanover. While the throne determined the criteria for Georgian jewelry, aesthetically the designs were celebrated internationally and inspired pieces all over Europe and North America.

Pieces from the Georgian era is said to be influenced by the time of day it would be adorned. Garnet, topaz, emerald and ruby were ample in jewelry worn during the day while rose and mine cut diamonds were exclusively worn at night. Jewelry from this era is exceptionally tough to locate because it was often handmade and hasn't survived the last few centuries. 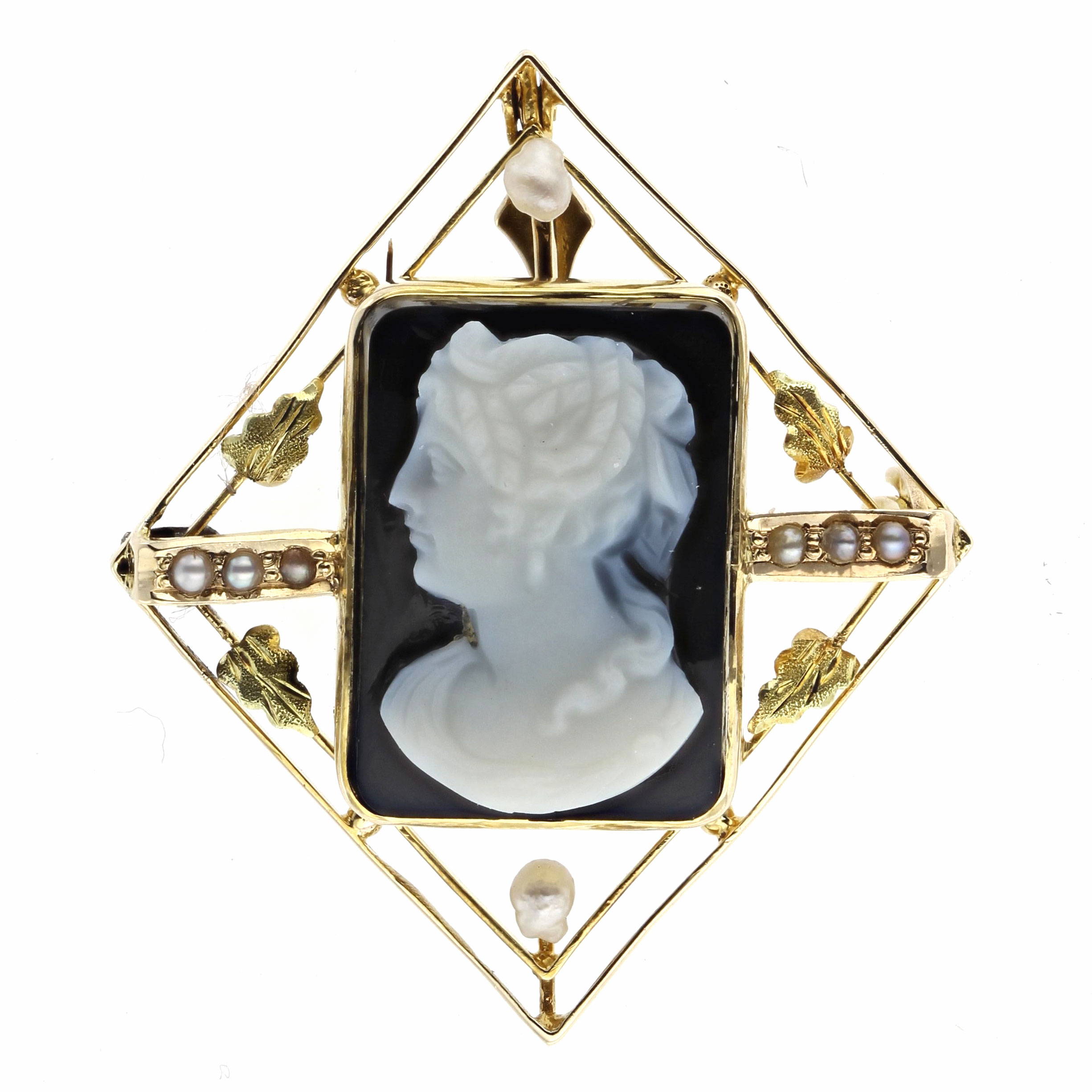 The Victorian era, named after Queen Victoria, marked new years of wealth, the growth of industrialization and the middle class. Women we’re competing with men for jobs as bookkeepers, educators, factory inspectors and they were protesting to win the right to vote. Women’s fashion endured a profound transition and crinolines expanded to never before seen proportions.

As a result, women were buying jewelry as personal gifts, and to meet the demand for fine jewelry, a large variety of gemstones were used as cost substitutes for more precious stones. Amethysts, coral, garnets, turquoise, seed pearls, and opals were also in high demand across the planet.

Victorian designs were influenced by fine art and architecture like those of the Georgian era but with more ornate and delicate features seen in necklace, lockets and brooches from the era. 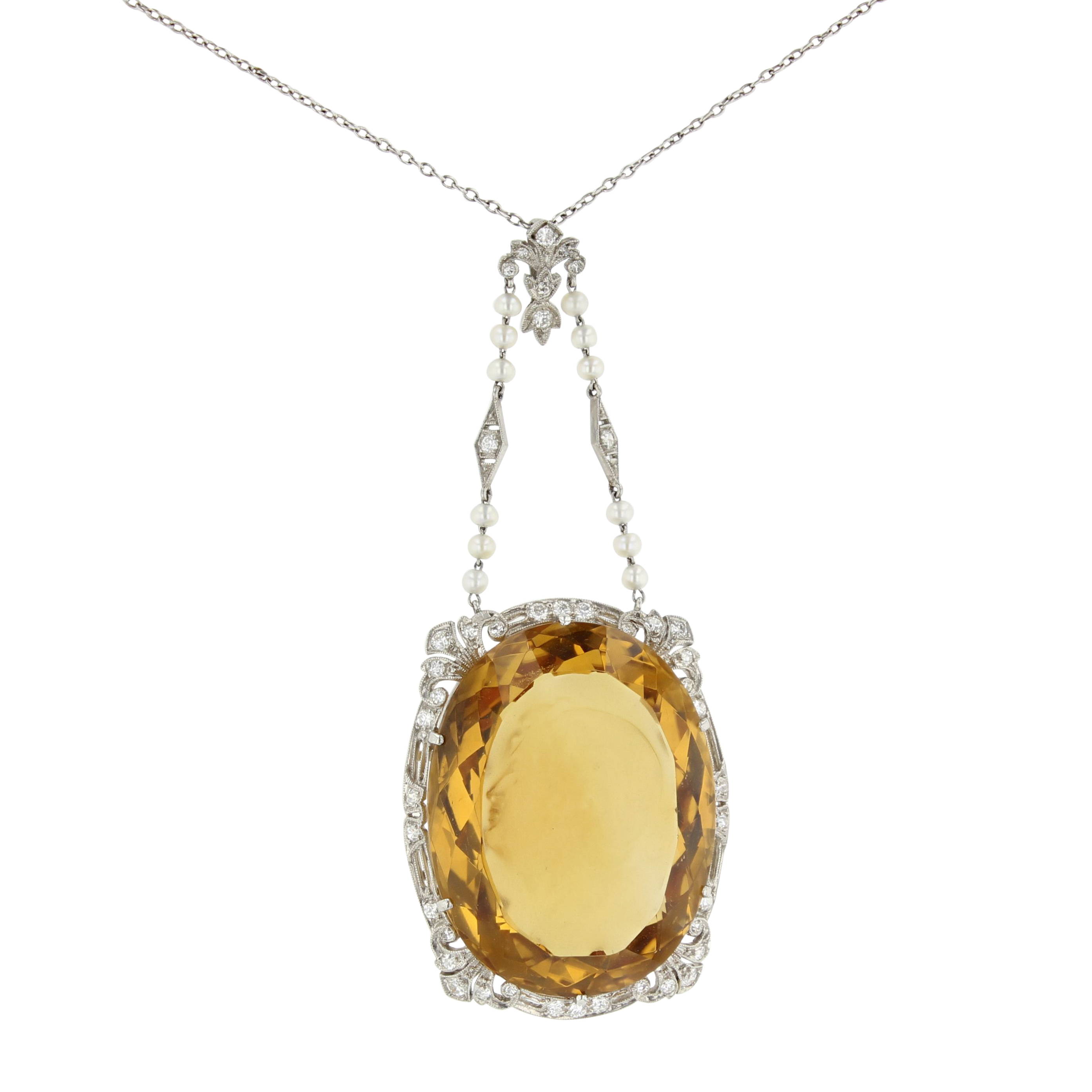 The Edwardian era received its name from the dynasty of King Edward VII. Although the 20th century was in moving forward, the culture of Victorian times had not completely halted, and jewelry was still being crafted to convey femininity and dignity.

This design era is best known for its ample use of filigree. By adhering fragments of precious metals to the outside of ring and necklace settings, jewelers practicing in the Edwardian era gave their jewelry a lace-like appearance. Garlands, ribbons, laurel wreaths, bow knots and tassels were also recreated with a new airy look thanks to the advances in platinum construction. 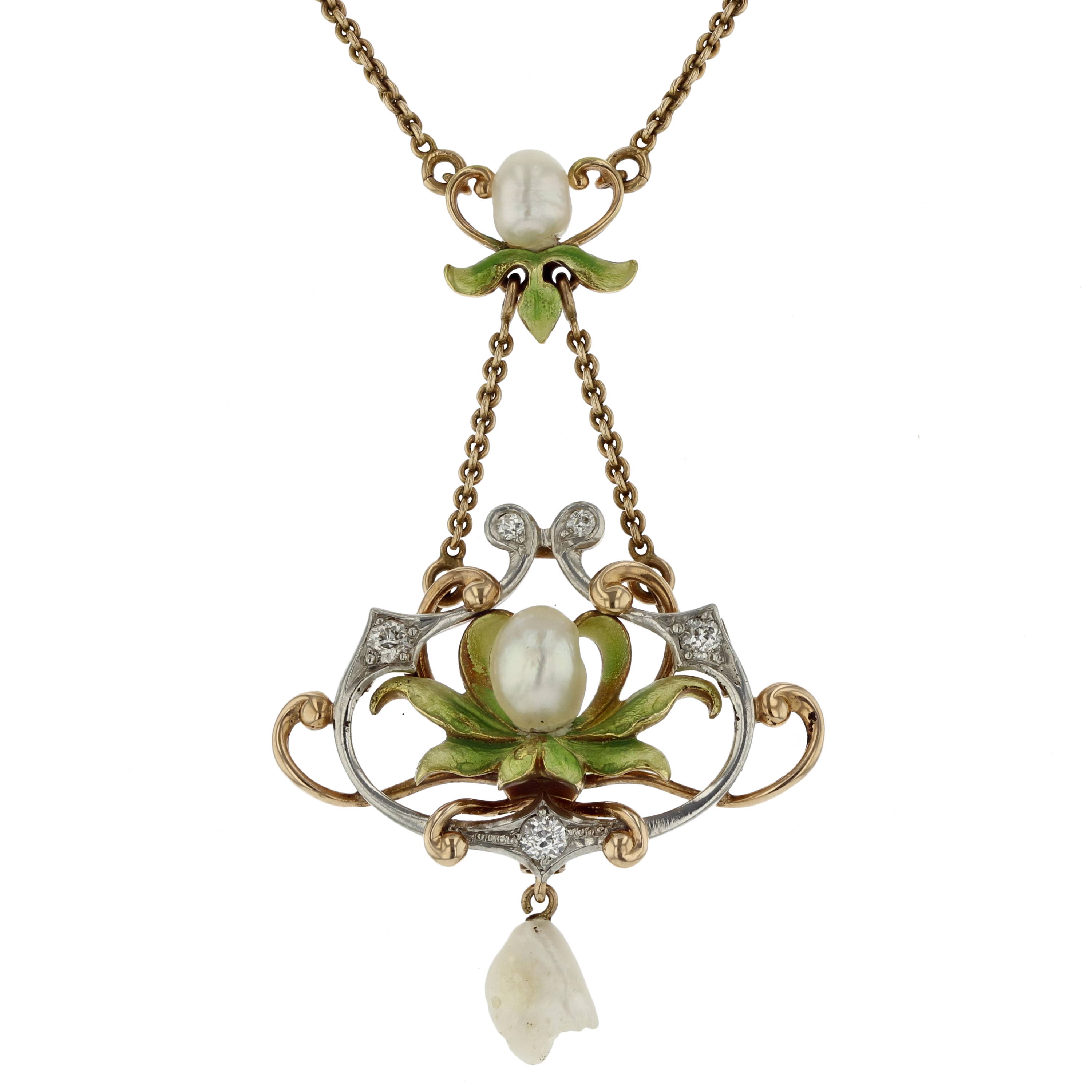 Even though this time period overlapped with the Edwardian and Victorian eras and was relatively brief, Art Nouveau made an everlasting contribution to the legacy of luxury jewelry design. At the time, jewelers thought of themselves as creatives more than craftsmen and took extra care to fabricate stunning works of metal art.

Diamonds were seen rarely in Art Nouveau pieces while moonstone, amethyst, opal, amber, citrine, peridot, and freshwater pearls became staples in rings and jewelry from the era. Unlike prior time periods that were inspired by art and architecture, much of the influence behind this era’s pieces came from Japanese culture and nature's flora.

When you think of Art Nouveau jewelry, picture orchids, irises, lilies, dragonflies, and butterflies as well as portrayals of the female body. 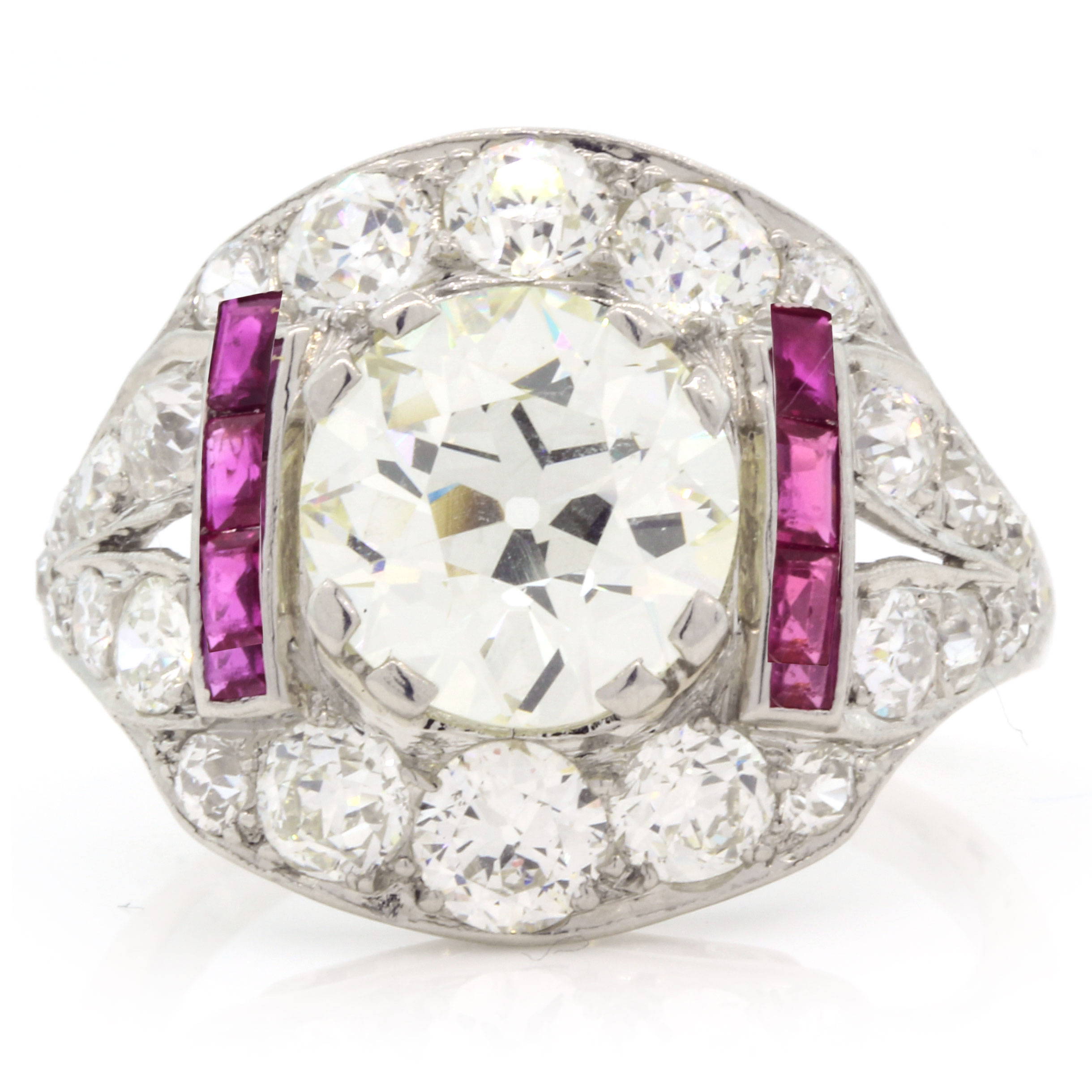 The Art Deco era was a lively period of time full of flappers, jazz, and speakeasies. During the Roaring Twenties, the economy flourish just as Prohibition heighten the urge to throw away Victorian rules.

Estate jewelry became more audacious and masculine in the early 1930’s than in previous eras. The lace and filigree from Edwardian jewelry and the natural curves of Art Nouveau gave way to smooth, straight lines. Art Deco jewelry was designed to be more abstruse and geometric due to influences from Cubism and Dadaism. As you could guess, diamonds, white gold and platinum were the most popular choices for jewelers. 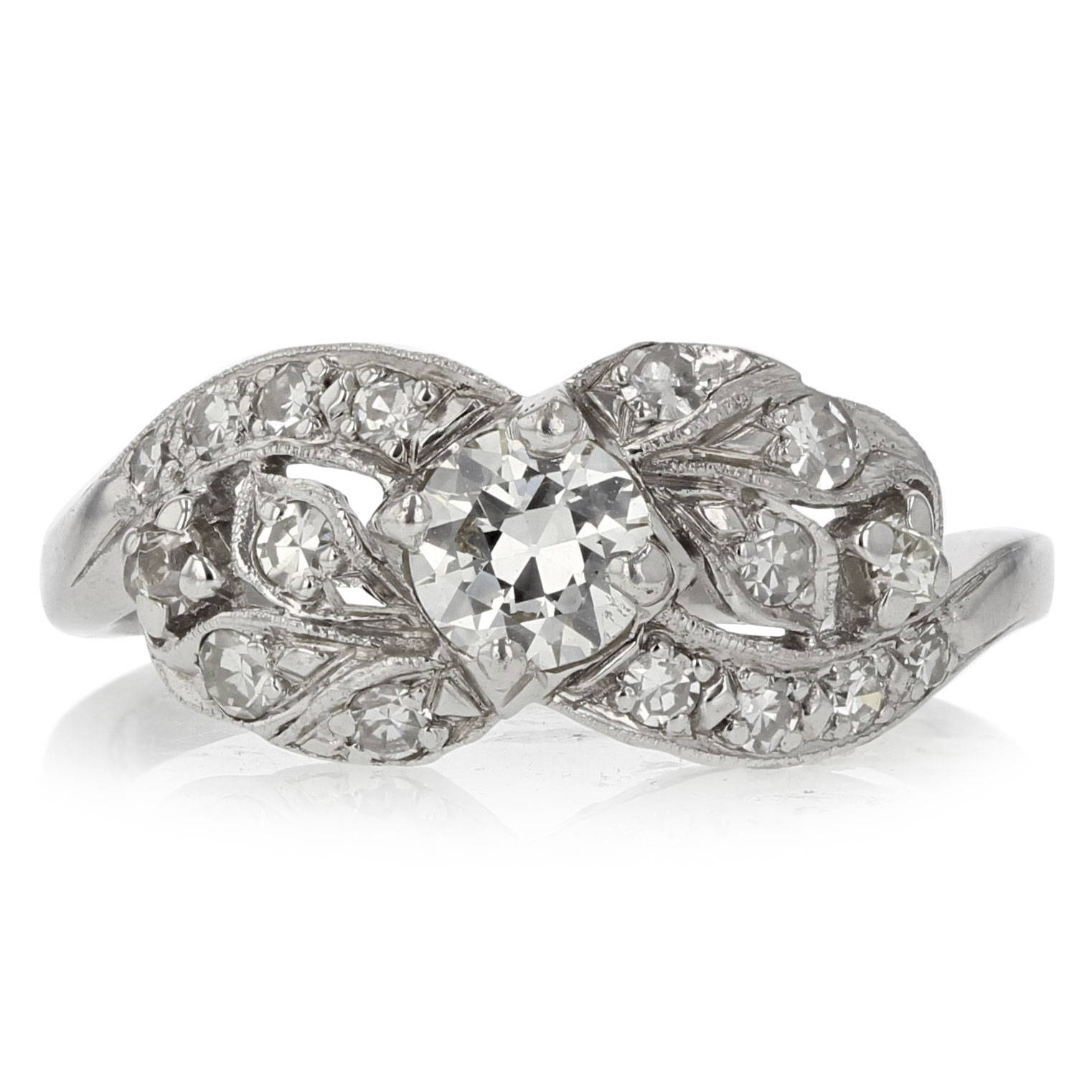 Even in the center of economic depression, Retro jewelry is said to be some of the most intricate yet eye catching pieces ever made. Jewelry from this era was influenced by Hollywood’s golden age as ordinary women longed for jewelry that captured the glitz and glamour they saw on the big screen.

Cocktail rings, bracelets, earrings, and necklaces were manufactured to be oversized, lending the jewelry a whimsical and spirited element. Retro jewelry was also defined by curves and feminine details like bows, ribbons, ruffles, and flowers—but almost always on an exaggerated scale.

A low supply of platinum led goldsmiths to use more gold than in previous eras, which led them to play with new alloys. By blending yellow gold with other metals like silver and copper, they formed brightly colored gold with captivating shades of rose and green.

Jewelry created after the Retro era is known as contemporary estate. Although not as searched for, keep those age defining pieces because, as with the other time periods, they’ll be in high demand in a few years.

So, whether you’re looking to finish off your jewelry wardrobe, own a nugget of history from the Art Nouveau era or just want to find the ideal drop earrings, estate jewelry is the perfect way to personalize your look, stay on budget and create your own talking points in every room.

Take a look at some of our collection here and join us for our Annual Estate Event at our Downtown Greensboro location where you can see our largest and most comprehensive collection of estate, vintage and designer jewelry. We also have FREE parking in lot, at the corner of Davie & Washington Streets.