Rubies, the king of gems, have a long history of being admired by many cultures as a symbol of love, health, and wisdom. Today, July’s birthstone is still captivating and highly sought after.

Rubies were traded along China’s North Silk Road as early as 200 B.C. Noblemen would decorate their armor with rubies because they believed the gem would grant protection. Greek legends speak of ruby’s warmth melting wax, and ancient Hindus believed they’d be reborn as emperors if they offer rubies to Krishna. Through the centuries, cultures around the world treasured the ruby because they believed the gem would give them protection, wealth, power, and love. 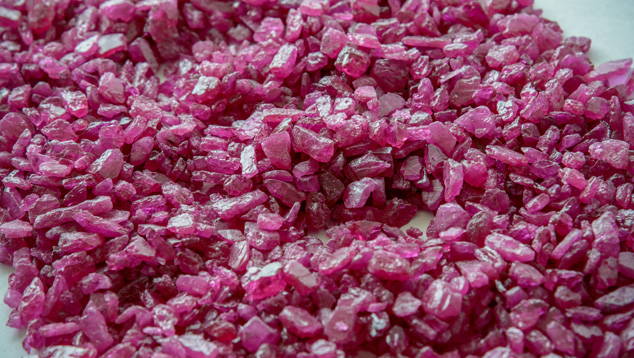 The belief of the power of rubies wasn’t that far off. In 1960 it was a ruby that helped build the first working laser. Natural and synthetic rubies are still used for their red fluorescence in the production of lasers, watches, and medical instruments. Despite the global admiration for rubies, it wasn’t recognized as a variety of corundum until 1800. Burma, a significant source of rubies, had vast mines until they were depleted. In the 1990s the Mong Hsu region of Myanmar started producing rubies.

Today, rubies are available in a variety of hues from purplish and bluish red to orange-red. The most valuable are those that are a transparent, vibrant, purplish-red. The “Burmese Ruby” is considered the most valuable because of its bright color. 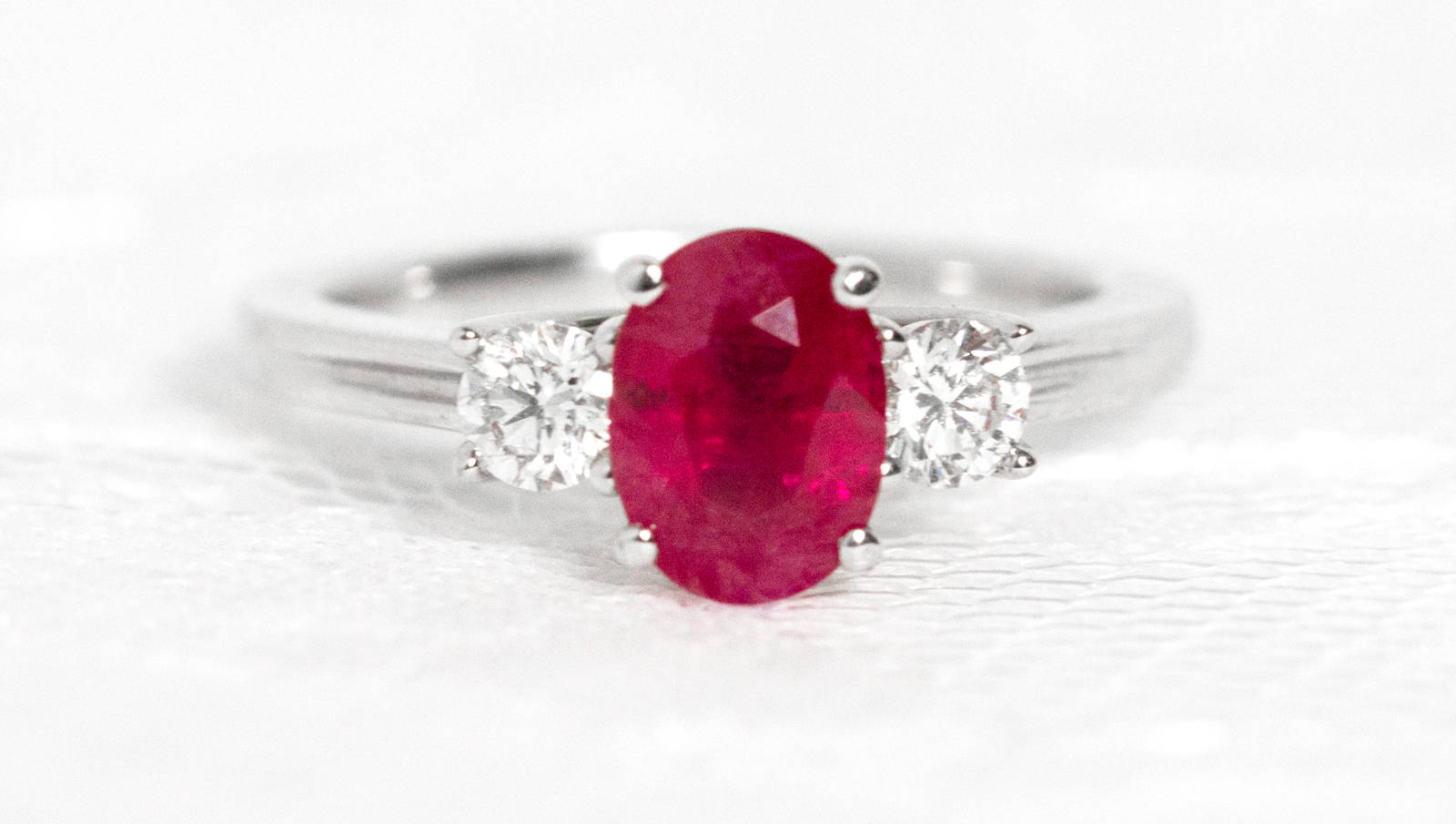 What we call rubies are technically the red variety of the mineral corundum. All other colors of corundum are known to you by the name “sapphire.” Within the gem lives an element called chromium which gives rubies the red color, and also makes it rare. Chromium can cause cracks and fissures making it difficult for the gem to grow and crystalize. The ones that make it are often more valuable than diamonds. And only diamonds are a harder gem.

Rubies today still come mainly from Myanmar, and can also be found in Vietnam, Thailand, India, the Middle East, East Africa, and even the United States. It’s common for rubies to be heat treated to improve the color and transparency.

With a history that rich, and a gem so coveted, July babies can proudly boast they have one of the most valuable birthstones on the calendar. Stop by one of our Winston-Salem or Greensboro locations and find the right ruby to celebrate summer year round!