In every good story there is a mix of legend and fact, and some of the most fantastic stories center around iconic luxury watches for men. Among those stories, there is one that stands out. The Omega Speedmaster has affectionately been known as “the moonwatch” since it first landed on the moon aboard the wrist of Buzz Aldrin during Neil Armstrong’s “one small step” moment. While the official partnership between NASA and Omega began in 1965, the Speedmaster was on the wrist of astronauts as early as 1962 when Walter “Wally” Schirra wore his own personal Speedmaster CK2998 aboard the Mercury-Atlas 8 mission. With more space travel on the horizon, NASA operations director Deke Slayton authorized a directive to find an official watch for NASA pilots. Four bids were returned. One watch was too large and two failed during the first two tests conducted by engineer James Ragan. The remaining watch, the Omega Speedmaster, passed all the tests because as Ragan stated, “It’s a tough made watch”. The original moonwatch Speedmaster was powered by the Caliber 321 chronograph movement, which was used in production from 1957 until 1968 when it was changed for the caliber 861. 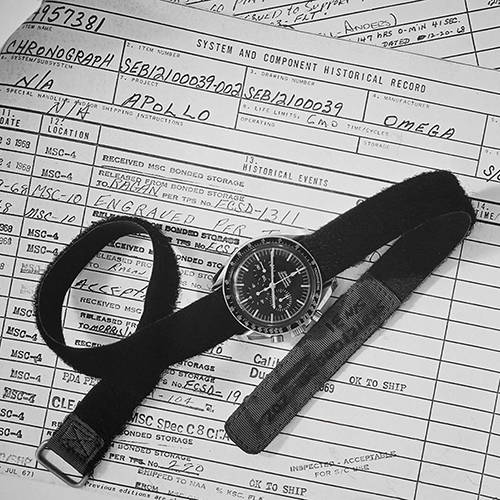 Omega recently announced, in keeping with the “reboot” trend of luxury watches for men, that the Caliber 321 Speedmaster would be making a return. Announced on the 50th anniversary of the first manned moon landing, Omega declared that once again the hand-wound caliber 321 would be powering a Speedmaster. This is not merely a name badge for a new movement, the 321 will be as accurate a reproduction of the original movement as modern technology allows. Omega announced that “all aspects of creation will be undertaken within a dedicated Calibre 321 workshop”. The assembly of the movement, the watch head, and the bracelet will all be performed by the same watchmaker at Omega. Constructed and remanufactured from scratch, the caliber 321 movement will contain all of the original specifications including movement components, configuration, and finish. The classic lateral clutch chronograph caliber will be as close to an original 321 as possible. After all, if it’s good enough to land on the moon, it’s good enough for just about anything. 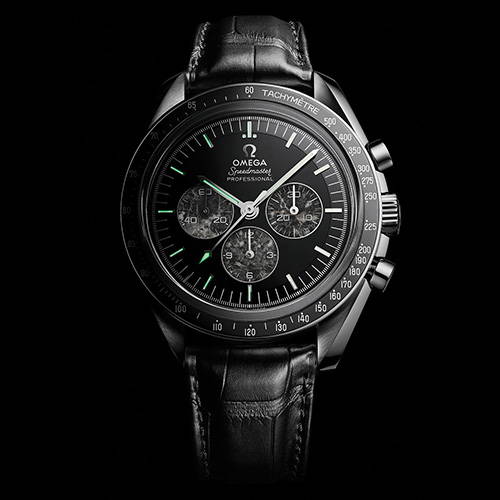 The caliber 321 is not the only movement to be used in a Moonwatch from Omega. The current caliber 1861 has seen extensive space travel on the wrists of modern astronauts and is receiving an update in the form of the new caliber 3861. The new movement features the lever-and-cam chronograph control mechanism of the 1861 but is now Master Chronograph certified (including 15k gauss antimagnetic rating) and contains a co-axial escapement. This brings the number of hand-wound Moonwatch movements to three. While the 3861 has only been used in three limited timepieces so far, it is poised to join the family of extensively used space chronograph movements from Omega in the future. Calibers 321 and 1861 are also the only two movements which have been used for EVAs, or extravehicular activities, also known as spacewalks. Where will the new caliber 321 find a home with Omega? To express the symbolic importance of the caliber 321, the new movement will make its debut in the new Omega Speedmaster Professional Moonwatch Caliber 321 Platinum. 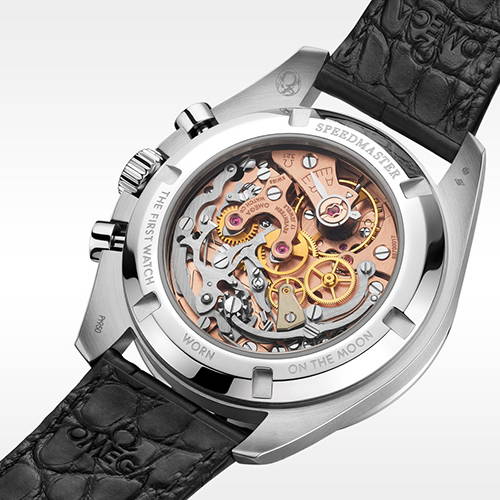 The Speedmaster Professional Moonwatch Caliber 321 Platinum is housed in a 42mm brushed and polished alloy case constructed on platinum and gold. With a sapphire crystal caseback, the design is reminiscent of the reference ST 105.012, the first watch worn on the moon. The caliber 321 movement measures 27mm x 6.74mm and features a 44-hour power reserve. The movement will be a limited production, with about 2,000 movements made each year, although it will not be a limited edition. The Speedmaster case is inspired by a previous generation case featuring twisted lugs and finished with a black leather strap with platinum buckle. The black ceramic bezel showcases the Speedmaster’s tachymeter scale in white enamel. White gold indexes and hands are coated with Super LumiNova. The Onyx dial frames three subdials which truly land the Moonwatch theme. Luxury watches for men have often used rare materials and specialty stones to make a statement, but the statement made by the Moonwatch is unique. As the only timepiece to land on the moon, the Speedmaster Professional Moonwatch Caliber 321 Platinum pays homage to the feat with subdials made from thin slices of lunar meteorite, quite literally taking the watch back to its roots. 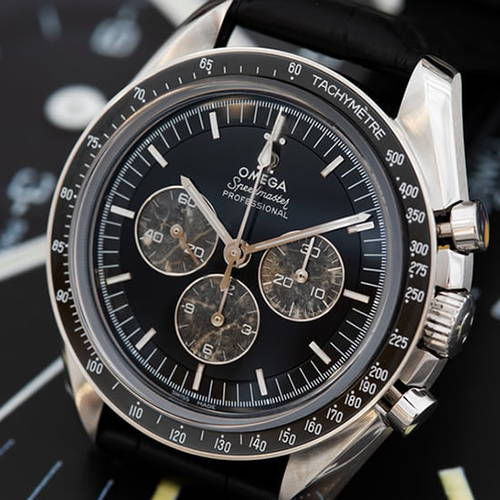 While some luxury watches are technical marvels or use rare materials, it is not often that we find a piece of timekeeping construction that relies entirely on the intersection of good manufacturing practices, good engineering, and real craftsman assembly. The Speedmaster Professional Moonwatch Caliber 321 Platinum by Omega is this watch. The movement has been to the moon and back, and this watch is sure to last until the next time we journey beyond this world.