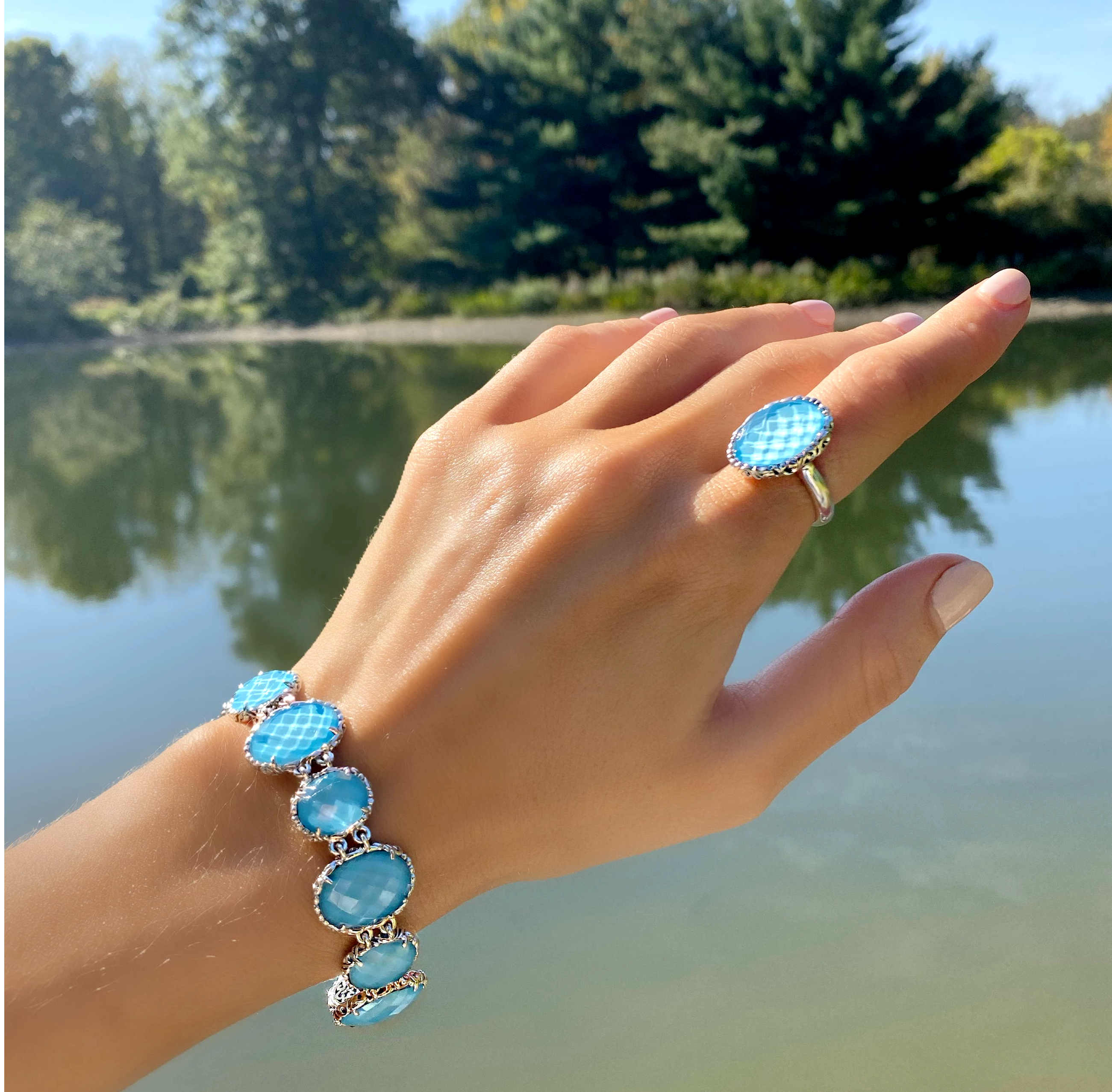 Birthstones are gemstones associated with each month of the year. The origin of birthstones is believed to trace back to the breastplate of Aaron, which contained stones representing the twelve tribes of Israel. Modern times have seen a rise in jewelry incorporating birth stones and specifically heralding the uniqueness of wearing the stone associated with your birth month. March is represented by the gemstone Aquamarine. This blue-green stone derives its name from the Latin word for seawater "aqua marinus". Symbolizing tranquility and peace, aquamarine has a long history dating back to the time of the Roman Empire.

Ancient Romans believed that aquamarine came from the lost treasure chest of the sirens, which was carried along by the tides to be washed up onto the beach and found by a lucky discoverer. Aquamarine was scared to Neptune, the Roman god of freshwater and the sea. By wearing the stone, voyagers could protect themselves from sea monsters during their endeavors and could guarantee a prosperous and successful journey. Modern seafarers have also used the power of this gemstone to provide protection. The United States Navy named a World War II patrol vessel the USS Aquamarine, portraying the ship as a symbol of protection and safety derived from its namesake. With clear ties to the ocean and protection over maritime voyages and vessels, aquamarine has been a favorite of world leaders and royals for generations. Queen Elizabeth II of the United Kingdom is noted lover of aquamarine, and during her 1953 coronation she was gifted a well-known aquamarine from the Brazilian government. Brazil remains the largest global source of aquamarine gemstone, with India, Malagasy, Colombia, and Russia also producing the blue-green stone. The gemstone is also found in the United States, with North Carolina, Maine, and Colorado being domestic producers of aquamarine. 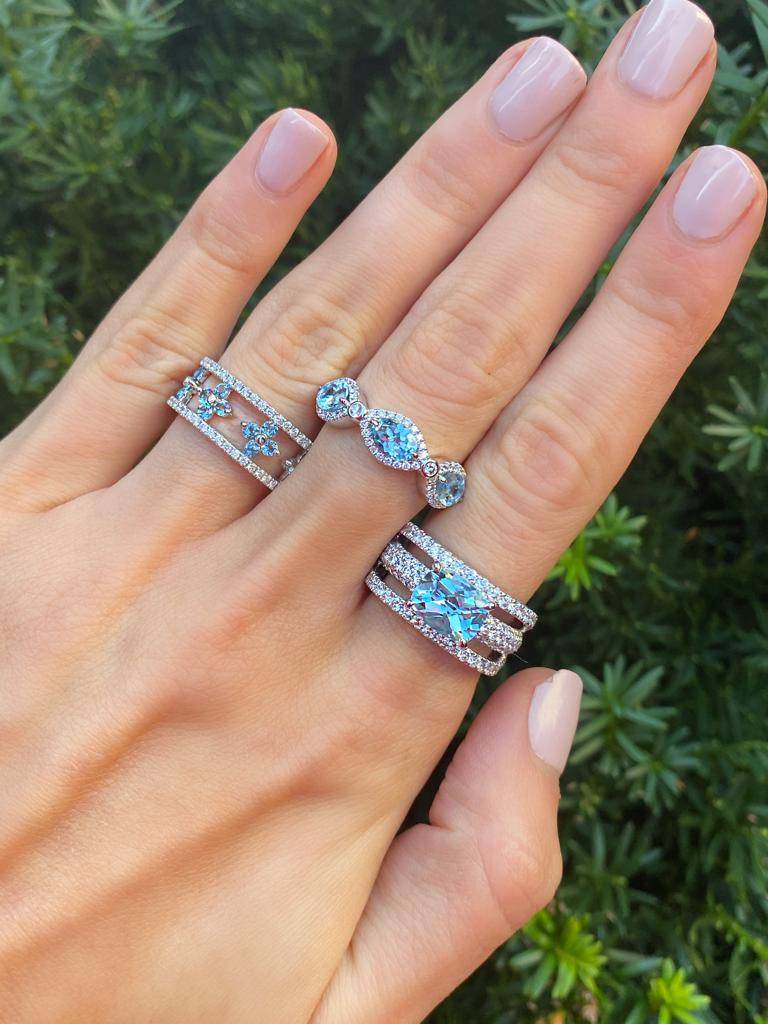 Chemically, aquamarine is part of the same mineral group as morganite and emerald. Aquamarine has a hardness of 7.5 to 8 on the Mohs scale. Gypsum is a 2 on the hardness scale and Diamond is a 10. Unglazed porcelain is roughly a 7. Aquamarine is hard enough to stand up over time but soft enough to be beautifully cut, making it ideal for all jewelry applications. Excessive heat or harsh light can impact the color of aquamarine, and hydrofluoric acid can be detrimental to the gemstone's surface, but aquamarine is a resilient, beautiful stone perfect for jewelry.

Aquamarine is characterized by its six-sided prismatic crystalline structure. Rare stones can grow to be over 1 foot in length, with several large carat stones found around the globe. The largest aquamarine ever recorded is the Dom Pedro Aquamarine Stone which is housed at the Smithsonian Institute. Weighing 4.6 pounds, the gemstone measures 10,363 carats. Aquamarine is often visually flawless, meaning inclusions and flaws are not seen with the naked eye and the stone has very few fractures. This flawless nature makes the aquamarine both durable and valuable. The color of the stone also impacts the value of the stone, with darker blue coloration being more valued than lighter blue or green-blue hues. Most aquamarine stones are left untreated. Some stones are put through a heat treatment which can improve color. 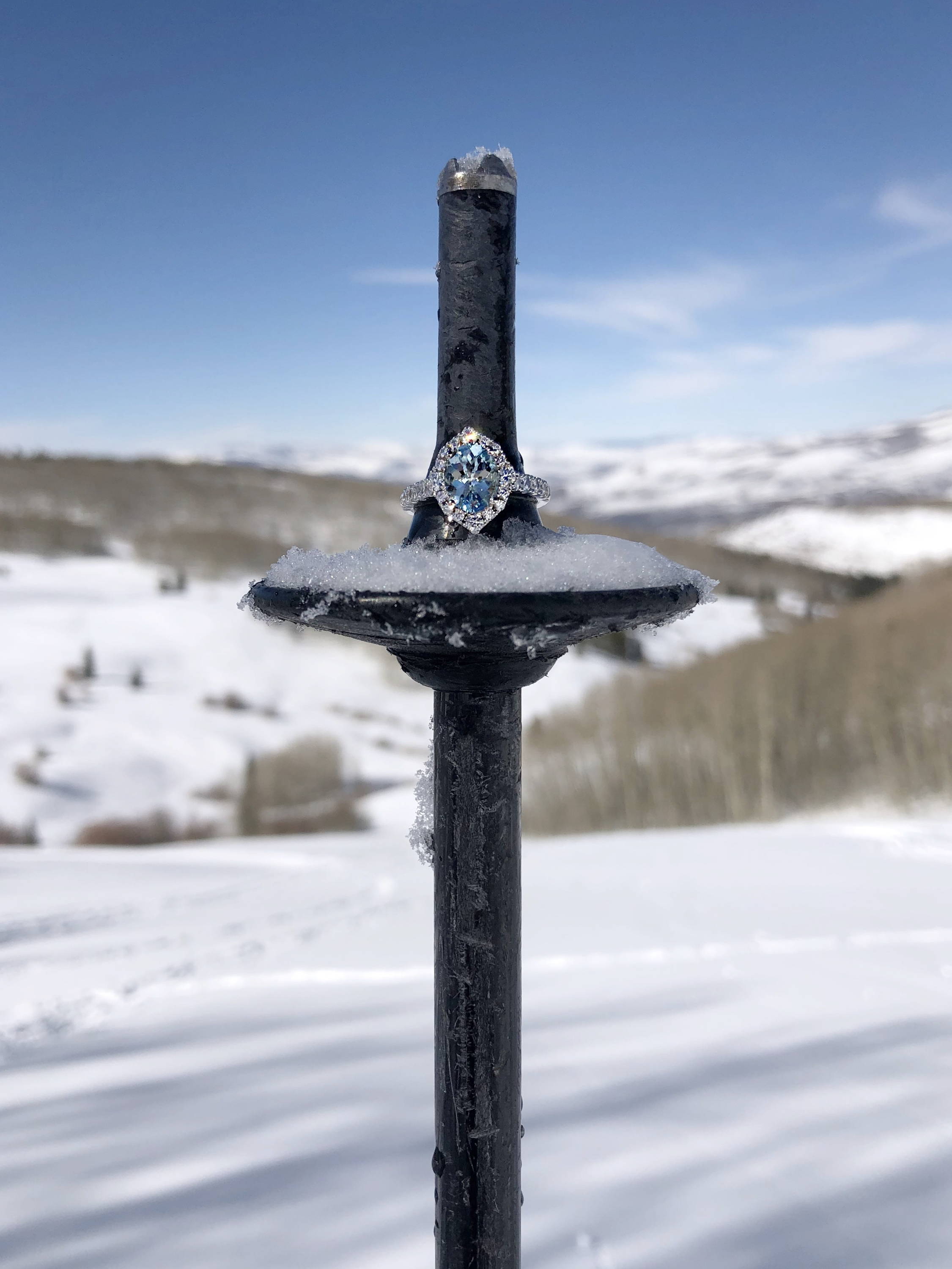 From their history as protectors of maritime voyagers to a personal favorite of European royalty, Aquamarine is a beautiful stone which represents the birth month of March. High durability, easy wearability, and availability in the jewelry marketplace make aquamarine a favored gemstone for those born in March, but also for anyone who appreciates the blue color associated with the sea.