Companies and brands come and go throughout history. A few of them manage to remain, forever ingrained in our imaginations because of their accomplishments, their unique place in history, or their style. Austin-Healey was a British sports car company founded in 1952 when the Austin division of the British Motor Corporation joined the Donald Healey Motor Company. Austin-Healey cars were produced until 1972 when the twenty-year agreement between the two companies came to an end. Raced extensively at Sebring and Le Mans, Austin Healey had a distinct British style and was a generational favorite in rally racing. 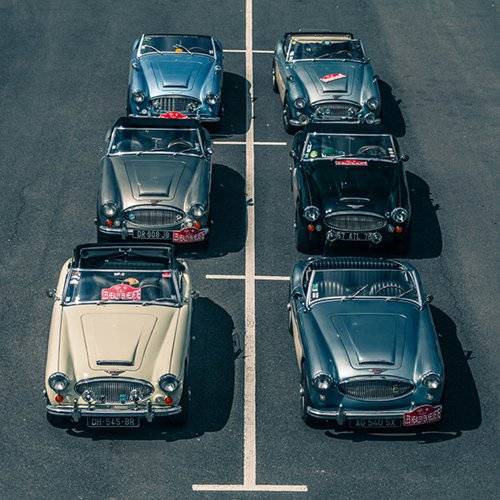 With production ending in 1972, Austin-Healey’s are no longer conquering rally circuits around the globe but can still be found in car clubs and vintage motoring rallies worldwide. For the last fourteen years, watchmaker Frederique Constant has partnered with the European Healey Club, of which they are a Gold Sponsor, to offer a vintage rally chronograph.

Classic cars and mechanical watches have always been the perfect match for Frederique Constant. Both finished pieces are reliable, precise, and marvels of sophistication for their time. Passion has always played a role in the DNA of Frederique Constant, encouraging people around the world to pursue their passions. Teaming with the European Healey Club and producing a wristwatch that honors the history and culture of Austin-Healey has been a passion project for Frederique Constant from the start. The 2018 iteration is no different and was revealed in May at the couture watch and jewelry show in Las Vegas. 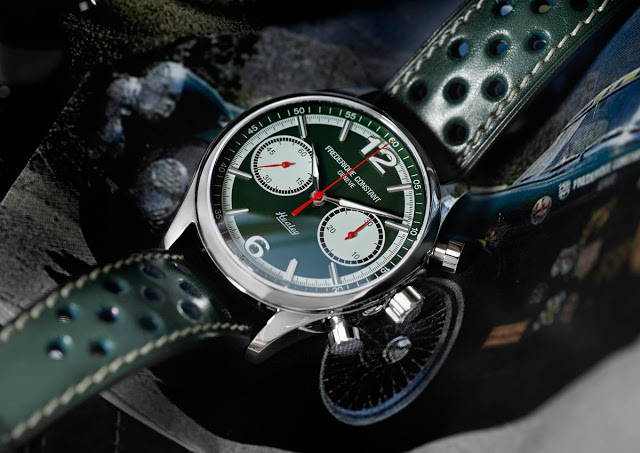 The Frederique Constant Vintage Rally Healey Chronograph is produced in three offerings, all with 42-mm stainless steel cases (one of which has rose gold plating) and automatic chronograph movements. Powered by the self-winding Caliber FC-397 movement, the Vintage Rally Healey Chronograph has a 46-hour power reserve. The timepiece is offered in three dial color options, each produced in a limited edition of 2,888 pieces and placed in a specially designed gift box with a miniature model of a Healey NOJ393 automobile. 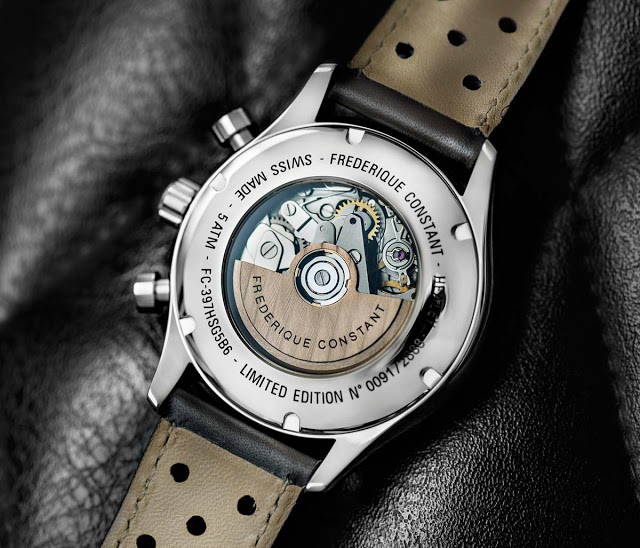 The vintage Healey logo is placed above the 6 o’clock numeral. The six and twelve are represented in Arabic numerals, while the three and nine are replaced with bi-compax dials which feature luminous-treated hands and indices. The 30-minute chronograph sub dial is placed at the three o’clock position, while a small second’s sub dial is placed at the nine o’clock position. The self-winding movement can be seen under a transparent sapphire crystal case back and is equipped with 25 jewels and runs on a frequency of 28,800 vph. The chronograph is operated with a start and stop pusher at the 2 o’clock position and a reset pusher at the 4 o’clock position. Each of the dials features and engine-turned pattern to complete the vintage rally car inspired look and feel. 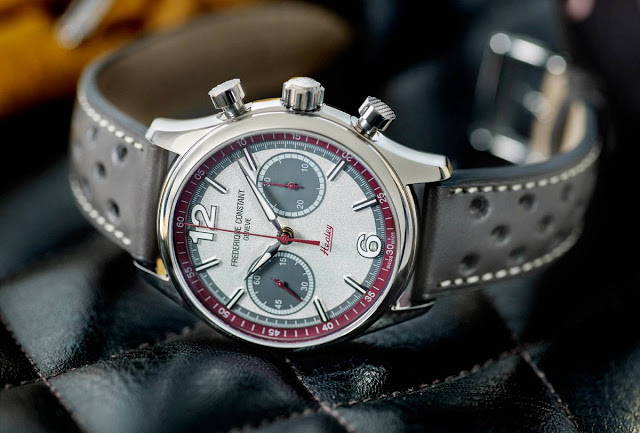 While Austin-Healey’s may be reserved for collectors and automobile enthusiasts, the Frederique Constant Vintage Rally Healey Chronograph is available now to bring a sense of historical nostalgia, modern elegance, and classic good looks to the wrists of anyone who believes in the sense of adventure originally inspired by the little rally cars of Britain.

Visit our Winston-Salem location to see our collection of Frederique Constant timepieces.