Simon Schiffman’s high standards for the products and service offered by his namesake jewelry store continue to guide the business, which celebrates its 125th anniversary this year.

“We are a very honorable and straightforward company,” says Lane Schiffman, Simon's great-grandson and co-owner of the store along with his brothers Arnold Schiffman III and Vance Schiffman. “We would not have developed the reputation we have over the past 125 years without being honest, having integrity and being trustworthy.” 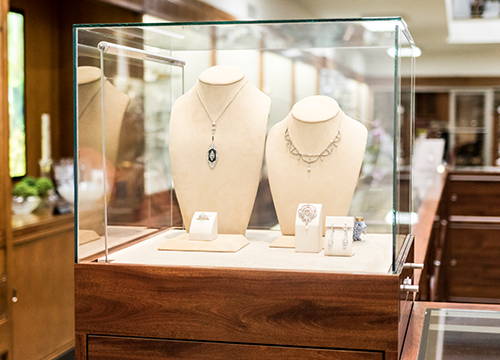 The three Schiffman’s stores in Greensboro, N.C., and location in Winston-Salem, N.C., offer high-end jewelry as well as timepieces from many of the world’s leading watchmakers, including Rolex, David Yurman, Omega and Raymond Weil.

“We sell extremely high-quality jewelry and gifts, coupled with unparalleled levels of service and commitment to our clients,” Lane Schiffman says. “The most important thing to us is the relationships we’ve been able to build with our clients-they continue to support us, and that’s why we’re still here.

“We help our customers make an investment in a piece of jewelry they will receive generations of enjoyment from,” he adds. “For them, it’s not about price or getting a good deal, it’s about how their watch or jewelry performs. We are validated by the performance of the diamonds and the timepieces we offer.”

Schiffman's store employees are central to the company’s ability to build long-term client relationships. “The people who have helped us get to this point have been nothing short of extraordinary,” Lane Schiffman says. “For us, success is all about everyone working well together toward the common goal of serving our client’s best interest.”

Schiffman’s staff includes highly trained and experienced jewelers and watchmakers who perform on-site repairs and finishing services. The stores also employ on-site appraisers. “Our support services add a lot of value to our stores that keep our customers coming back,” he adds. “We truly invest in having jewelers and watchmakers on site in every store who can serve our customer’s interest.” 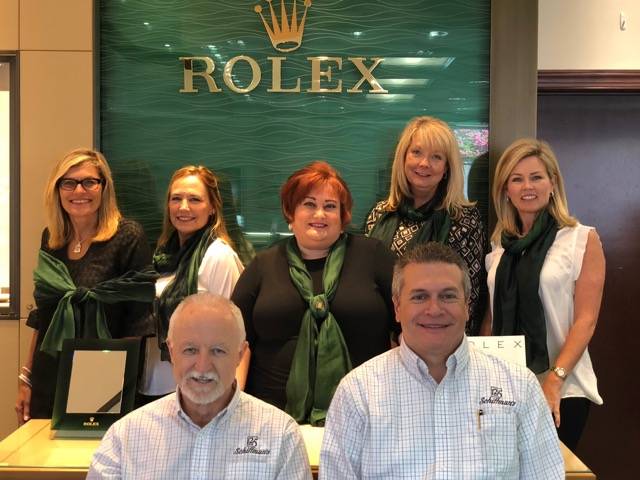 Several of the company’s staff members are trained directly by Rolex and other manufacturers on how to service products. Schiffman’s also has an extensive in-house training and development program. “Every brand we carry has its own story and training processes, but we also have our own policies and culture regarding the way our clients should be cared for and supported,” Lane Schiffman says. “We spend a lot of time and money recruiting talented people who can perform the way we want them to”

Each store manager is required to spend time every month recruiting prospective employees, regardless of whether the store has an open position. This includes working and meeting with people whose experience would be a fit for Schiffman’s. “Nothing is more important to us than finding the right people to work with us to sell the beautiful things we offer and support our clients,” he adds. “We don’t wait for people to walk in the door to want to work with us, we want managers out there building the bench. We are always recruiting and looking to add the talent level of our team.

Schiffman’s legacy of quality and service begins with Lane Schiffman’s great-grandfather Simon Schiffman, who started the company in 1893 when he purchased a jewelry shop in Greensboro.

Simon instilled his values in his son, Arnold who joined his father’s store in 1919 and guided it through the 1920s. Arnold Schiffman – a certified gemologist – was an early advocate for the retail jewelry industry who joined the American Gem Society at its inception. He later became the first president of what is now known as the Retail Jewelers of America. 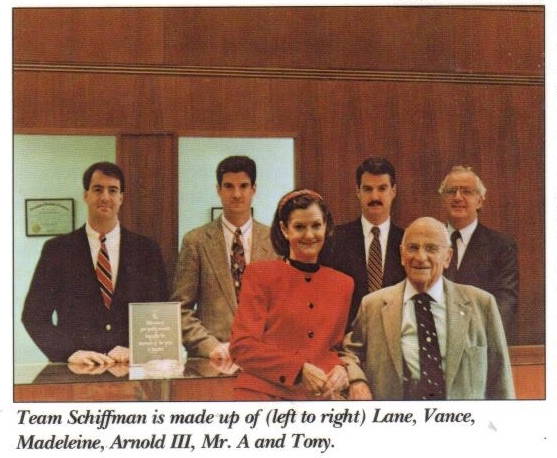 Arnold Schiffman’s son Arnold Anthony Schiffman Jr., also known as Tony – the father of the current owners – took the helm in the 1960s and opened additional locations. He was also an American Gem-Society- registered jeweler who served as president of the North Carolina Jewelers Association and the Greensboro Merchants Association. He was inducted into the National Jewelers Hall of Fame in 2012.

Arnold Schiffman III, Vance Schiffman, and Lane Schiffman all joined the company between 1979and 1985. After receiving degrees from Appalachian State University, they attended the Gemological Institute of America and received graduate Gemologist designations. This experience helped the company further develop the internal standards for diamonds and other gems, he notes.

In addition to opening new locations, Tony Schiffman acquired similar businesses during his tenure at the company in an effort to diversify its holdings.

The Schiffman family today owns and operates Sylvan’s Jewelers in Columbia, S.C.; Keller and George Jewelers in Charlottesville, Va.; Schwarzschild Jewelers, which has three stores in Midlothian, Richmond and Short Pump, Va; and Shreve & Co., which has locations in San Francisco and Palo Alto, Calif. The most recent addition is Schwarzschild Jewelers, which was acquired in 2008.

Like the Schiffman’s branded stores, all of these retailers have long histories dating back to the 1800s. Shreve & Co., in particular, is a noted jeweler in San Francisco, where it opened in 1852, just two years after the city itself was incorporated. The youngest of the businesses, Sylvan’s Jewelers, has been continually operating since 1897 in the same location. 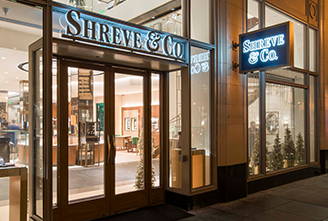 The other stores owned and operated by the Schiffman family retain their historical name. “These are very important brands in their respective marketplaces, and we would never want to change that,” Schiffman says. “We only want to make these stores better.”

The Schiffman family continues to seek ways to improve all of its brands. One focus, in particular, is upgrading store technology. “We are working every day to learn how to be a better company technologically,” Lane Schiffman says. “We are trying to meet the needs of our clients to make sure we can connect with them in different ways.”

The company is upgrading its website as well as investing in mass notification systems that would allow it to text and email customers. Schiffman’s is also increasing its social media presence by recruiting talented young people and fifth generation Schiffman family members including Lane’s daughter Kiley, the company's Director of Marketing.

“We want to communicate with our clients the way in which they want to be communicated, and that is probably one of our biggest challenges,” he adds. “The digital age is moving at a tremendously rapid pace, and as an old, historic business we need to change and constantly develop.”

Schiffman’s plans to soon invest in a new customer relationship management system, which will help its communication efforts and enable salespeople to build even closer ties with clients. “We are using new techniques to get to know our clients and serve their needs, which is a fundamental part of our DNA,” Lane Schiffman says. Future technology improvements could also include inventory management and data management systems.

Brick-and-mortar improvements are also a high priority to the Schiffman’s since the company has rebuilt and renovated one of its stores every year for the past 10 years. In 2015, the Shreve & Co. flagship store in San Francisco was moved to a brand-new location. The Shreve & Co. store in Palo Alto, Calif. will be the next location to be rebuilt later this year. “That store will be completely renovated with new showcases and new environments,” Lane Schiffman says.

Many of the company’s current and future plans will be helmed by members of the fifth generation of the Schiffman’s family. Lane Schiffman’s daughter, Kiley and son, Ren, as well as Arnold Schiffman III’s son Anthony have joined the company during the past few years.

“As we moved forward, the power will hopefully be shifted to our fifth generation to decide how to move forward to best serve new generations of clients,” he adds.